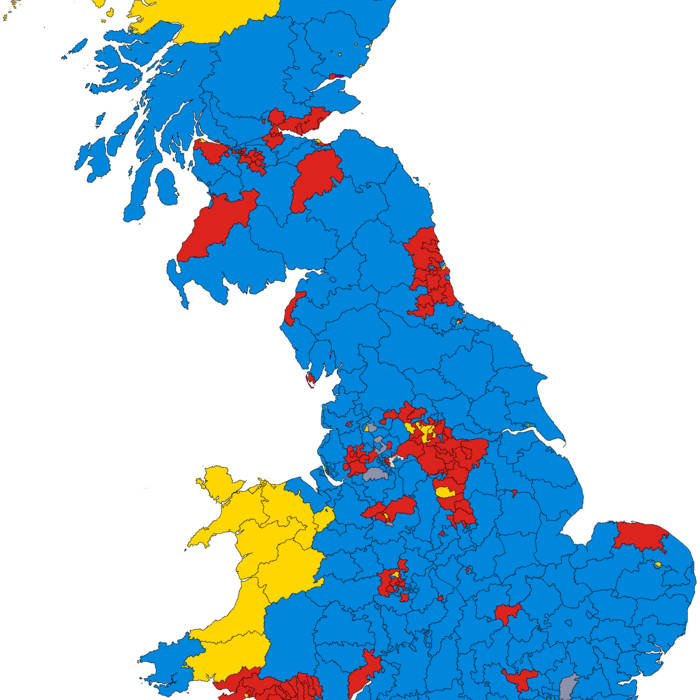 I love a good election, me.
The drama and the history -
It always gets me - hook, line, and sinker.

I love a bad election too
And, if you’re lucky, so do you
Cos this year’s one is an absolute stinker.

We’ve got the most unlikely Labour leader there’s even been
And the worst Tory campaign you’ve ever seen.
I’ve got a theory that you should hear:
Nobody actually wants to win this year.

When Labour got itself into a credible position
They put Diane Abbott on the news doing long division.
They thought it would be over that afternoon
Cos nobody actually wants to win this June.

But then the Tory campaign served up on a plate
Loads of stuff that any Tory voter would hate.
Half their manifesto’s already in the bin
Cos this year no one really wants to win.

When more and more said they’d vote Labour this time
Corbyn said that terrorism’s your fault and mine
And, for luck, kept mentioning the IRA
Cos no one wants to win this election day.

Building a campaign on Theresa May’s personal charm
Is the electoral equivalent of self-harm.
Winning this thing is what they all most fear
Nobody actually wants to win this year.

And can you blame them? I mean, would you?
D’you fancy clinging on to Scotland or leaving the EU?
You have to sort out the whole nation’s niggles
Then chat to Donald Trump without collapsing into giggles.

I’d rather take a long walk on a short pier
Or watch Danny Dyer give us his King Lear
Or lend my favourite gerbil to Richard Gere
Nobody actually wants to win this year.

Bandcamp Daily  your guide to the world of Bandcamp