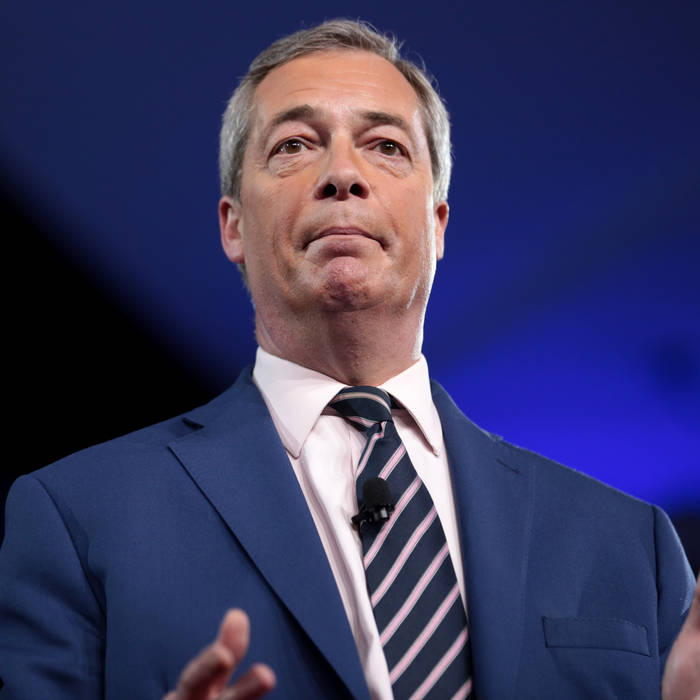 Nigel Farage won't be an MP this year
Just like every other year.

Nigel stood in Eastleigh in 1994
But his campaign didn't come to much
He was beaten by the LibDems and Labour and the Tories
And did only slightly better than Screaming Lord Sutch.

What an irresistible rise
His only limit was the skies
And being an unworthy use of a franchise
In the British electorate's eyes.

Nigel Farage won't be an MP this year
Just like every other year.

Nigel fought a by-election in Bromley and Chislehurst
In May of 2006
Some people said that he would finish 4th again
But Nigel made them all look like dicks (he came 3rd).

Then in 2010 he fought the seat of Buckingham
When all the major parties stood aside
Nigel didn't agree with their cosy convention
To give the House of Commons Speaker a free ride. (But he still came 3rd.)

Then in 2015 he stood in South Thanet again
The best campaign that's ever been run.
He took on ten opponents, some of whom were fictional
And vanquished all of them but one. (So he still lost, then? Yeah.)

But Nigel won the Brexit vote
They said it couldn't be done
It was far too hard
So the only vote Nigel's ever won
Was when his name wasn't on the card.

Nigel Farage won't be an MP this year
Just like every other year.
Nigel won't star in parliament this year
But don't worry, he'll still appear
On Question Time and Newsnight and The Andrew Neil Interviews
Panorama, Daily Politics, and Channel 4 News
The Andrew Marr Show, Loose Women, and the Wright Stuff
Peston on Sunday and Have I Got News For You.

Bandcamp Daily  your guide to the world of Bandcamp